It's time for the Gray Locke websites and social media outlets to revitalize their online presence! So, please excuse the disorganization while I try to bring some harmony to the chaos.

Been transferring the stuff from the old website to this site, creating new images (icons, a new Gray Locke image logo, etc.), and redesigning this old blog to accommodate Gray's new online home. 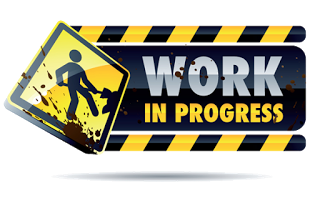 The Gray Locke book series invites readers to glimpse into the life and times of this original character—from childhood through to adulthood.

The stories of Gray Locke takes the reader through the various stages of the character's life—from the imaginative world of his childhood, through his turbulent teenage years, straight through to his adulthood. The reader will be led through his many trials and tribulations before finally taking on a job that would change the course of Gray's life.

And as the character grows, so too does the reading level. Gray's childhood years are covered in the first four books and are written for children ages 8-13. His teenage years will be targeted at a young adult audience. And the stories that take place in his adulthood will be written for adults.

Grayson Shields Locke was born, along with his fraternal twin sister Alexandra Annabel Locke, on January 27, 1985, in Marlborough, Massachusetts.

His parents were teachers at a local college. His father taught sociology and his mother art history.

In the summers, he spent time between his Grandfather and Grandmother Windsor's home in Western Massachusetts, and his Grandmother Locke's cottage Maine.

Gray was an inquisitive boy and very eager to learn about the world around him. It was his very nature to try and figure out how things worked. He'd analyze and pick things apart until he got a satisfactory answer to whatever it was he'd taken on.

To begin this journey, we start the reader off with Gray in his early years. In the first book, The Mystery of the Weeping Rocks, you'll see how much of an imagination he has early on. As he searches through the gardens of his family's estate—and off to neighboring lands—he creates different scenarios about what weeping rocks may be before finally learning the truth. In the second book, The Witch of Clover Hill, the reader is taken on an adventure as Gray goes about trying to demystify luck, ghosts, and witches.

In the forthcoming books, you'll meet more of his family and friends. And you can share in the many adventures he is sure to have.